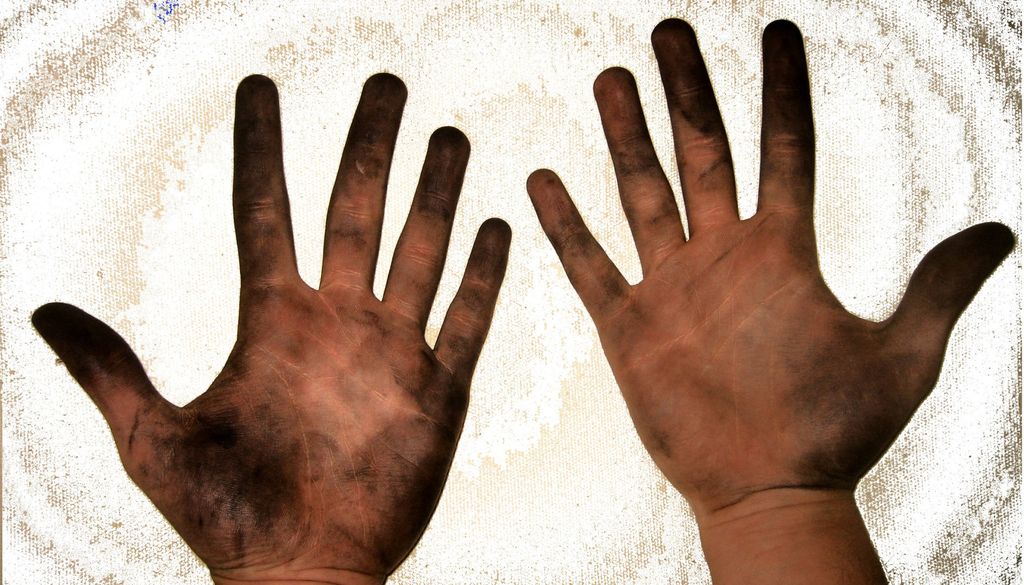 To the chagrin of his co-hosts, Fox and Friends presenter Pete Hegseth told the show’s audience Sunday morning that he hasn’t washed his hands in a decade.

The revelation came after co-hosts Ed Henry and Jedediah Bila questioned Hegseth’s off-camera consumption of pizza left out after National Pizza Day Saturday. Hegseth had argued that pizza “lasts for a long time.”

Bila then quipped Hegseth “might take a chomp out of” anything on a table “that’s not nailed down”—including mugs.

“My 2019 resolution is to say things on air that I say off air… I don’t think I’ve washed my hands for 10 years. Really, I don’t really wash my hands ever,” Hegseth continued, prompting laughter from his co-hosts.

“I inoculate myself. Germs are not a real thing. I can’t see them. Therefore they’re not real,” Hegseth said.

“So you’re becoming immune to all of the bacteria,” Bila replied, rolling her eyes. “My dad has that theory too.”

Hegseth later shared a Tweet in support of his unusual concept of health and hygiene with the hashtag “DontWash.”

But the Centers for Disease Control and Prevention states that handwashing is a vital way to prevent the transmission of disease. By washing your hands—especially after using the bathroom—you prevent the spread of harmful bacteria like Salmonella and E.coli that can persist in tiny, invisible particles of human feces.

It’s also important to wash your hands after handling raw meat, as this can harbor germs leftover from animal feces.

“A single gram of human feces—which is about the weight of a paper clip—can contain one trillion germs,” the CDC reports.

Handwashing education has measurable effects on disease, with serious impacts on colds and diarrhea—especially in children, the health agency reports.

“Regular handwashing, particularly before and after certain activities, is one of the best ways to remove germs, avoid getting sick, and prevent the spread of germs to others,” the CDC advises. “It’s quick, it’s simple, and it can keep us all from getting sick.”

Hegseth’s behavior may come as a shock to noted Fox and Friends fan President Donald Trump. The president told Howard Stern back in 1993 that he washed his hands “as many times as possible” every day, adding: “I like cleanliness. Cleanliness is a nice thing. Not only hands, body, everything.”

Hegseth later suggested he meant the comments as a joke in a Twitter thread.

When even @chrislhayes can see the obvious…Twitter really has come full circle. https://t.co/o1dPPaWEhS